The 1975 Topps George Brett rookie (card #228) is the most valuable card in the set. This is impressive considering the set also has the rookie card for Hall of Famers Robin Yount, Gary Carter, and Jim Rice. George Brett is one of the greatest 3rd basemen his history and he achieved many great accomplishments in his long career. George Brett won three batting titles and played in 13 All Star games. Any rookie card of a player with those accomplishments will be in demand. However, there are additional factors that make the George Brett rookie even more valuable:

The front of the 1975 George Brett rookie card (#228) is very brightly colored. The top half of the card has a green border and the bottom half has a purple border. The top of the card has the team name “ROYALS” in pink with a black drop shadow. The photo shows George Brett posing in a hitting position with a KC cap on. His autograph is printed on the photo. The bottom of the card has his name in white letters and his position, “3rd Base” in the lower right corner on a baseball graphic.

Note: There is an O-Pee-Chee version of this card.

The back of the 1975 George Brett rookie card (#228) is printed on gray cardstock. The left of the card has George Brett’s size, hitting orientation, birthday, place of birth and home. The right top has a cartoon player bunting with a trivia question. The answer is on the card written upside down. Just below that is the card number (#228), Brett’s full name (George Howard Brett) and his position (3B). The card has minor and major league stats for Brett from 1971 to 1974. At the bottom of the card you’ll find a short blurb about some of Brett’s minor league accomplishments.

Keep in mind that prices fluctuate. While PSA is a great way to find out the value of a card, we recommend going to eBay to see what cards are currently selling for on the world’s most popular auction site. Click here to view current auctions for the 1975 Topps George Brett Rookie card #228.

The 1975 Topps (and O-Pee-Chee) card #228 is the primary George Brett rookie card, but there are several other cards that are widely considered or considered by some to be George Brett rookies. There’s a tiny version of his Topps rookie, a team issue “card” that predates his rookie, and a very affordable card (considered by some to be a rookie) from a non-licensed, but very cool, set. Let’s take a look at some of these cards :

In 1975 Topps created a set of mini cards that are an exact copy of the main set, but smaller. These cards are sometimes listed in price guides at the same price as the main set, but they are more rare and are typically a little more expensive. The 1985 Topps mini George Brett is universally considered a rookie card, and it’s one of the coolest versions out there.

Note: Don’t look for an O-Pee-Chee version of the mini card, because O-Pee-Chee didn’t make a mini set.

The 1974 Royals George Brett postcard is a unique and very rare collectable that is considered a rookie by some. One of the things that makes this card awesome is that it predates Brett’s Topps rookie card, making it the first George Brett card. This was part of a team-issued set that measured 3 1/4″ x 5″. It is extremely rare, but you can find them on eBay sometimes.

The 1975 SSPC George Brett #167 is part of an unlicensed 630-card set. It’s very debatable whether this card is a rookie, but some collectors do consider it to be a Brett rookie. The copyright date on the back of the card says 1975, but the set wasn’t available for purchase until 1976. This set is a favorite of collectors because of the high-quality cardstock, simple design, and clean photography.

The 1975 SSPC Checklist (#589) is a second card in the SSPC set that features George Brett. This card is a checklist and can be purchased for a very affordable price. Some collectors consider this to be a rookie card and some do not. It’s certainly memorable because of the face George Brett is making in the photo.

George Brett is one of the greatest 3rd baseman in Major League Baseball history. He is one of only a handful of players to have 3,000 hits, 300 home runs and a life-time batting average higher than .300. This puts him on a list with the likes of Hank Aaron, Stan Musial, and Willie Mays. A primary reason George Brett put up such amazing statistics is because he maintained a high level of play for an exceptionally long time. This is demonstrated by the fact that he won the American League batting title in three different decades (1976, 1980, 1990). Here’s a list of some of George Brett’s accomplishments:

Get Your George Brett Rookie

Do you want to own a 1975 Topps George Brett Rookie (#228)? If so, we recommend starting your search on eBay – the world’s #1 card trading place. Even if you’re not planning to buy one just yet, it’s fun to look at all the great cards currently for sale.

Amazon.com is the world largest ecommerce market place. They have George Brett books, memorabilia, and so much more. See what you can find today.

The links above are Amazon affiliate links. As an Amazon Associate I earn from qualifying purchases.

All About George Brett Rookies Infographic

Share this George Brett rookie infographic on your site

See our web story, Learn All About the George Brett Rookie. 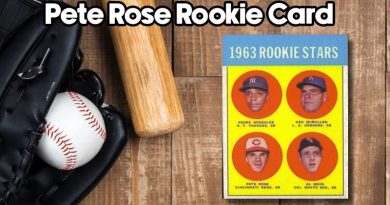 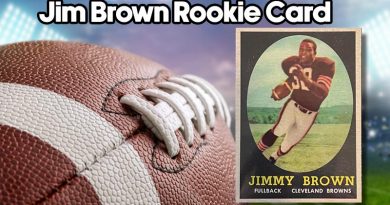