The 1981 Topps Joe Montana Rookie Card, #216, is one of the most recognizable football cards of the 1980s. Joe Montana took the the NFL by storm as a high-profile and charismatic quarterback for the San Francisco 49ers dynasty. At a time when sports card collecting was an ascending hobby and the NFL was growing in popularity, Joe Montana was one of the faces of the NFL and racking up championships. Any Hall of Fame quarterback is going to draw the interest of collectors, but there are other factors that make the Joe Montana an extremely sought after card.

The 1981 Topps Football set is a popular set in the hobby that contains 528 cards. The set has a classic look with a white border and large player photos with team logos airbrushed out. The most famous card in the set is Joe Montana’s rookie card (#216), it also contains rookie cards for Hall-of-Famers Art Monk (#194), Kellen Winslow (#150), Dan Hampton (#316). In addition to these Hall-of-Fame rookies, the set also has the first card for the star receiver Dwight Clark (#422) and Heisman Trophy winner Billy Sims (#100).

Design: The front of the 1981 Topps Joe Montana rookie card (#216) is a vertical layout and is one of the most famous football cards in the hobby. The card has a white boarder with a green inner-boarder framing the photo. The Topps logo is in the upper right corner and is integrated into the green inner border. The bottom of the card has a banner with “49ers” in the yellow part on the left and “Joe Montana” in the red part on the right. His position, “QB”, is just below the team name.

The photo on the card is a great photo of Joe Montana warming up. He is midway through his throwing motion and the photo is close enough to get a clear look at his face. Logos were airbrushed out in this set, so he’s wearing a gold helmet with red and white stripes, but no logo. His jersey is white and the iconic number 16 is front and center on this card.

The back of the 1981 Joe Montana rookie card (#216) has a horizontal layout. Joe Montana’s name, position and the card number are at the top of the card on a folded banner graphic. Below that is Montana’s height, weight, college, draft info, birthday, birthplace and hometown. The card includes his NFL statistics from 1979, 1980, and a short bio about his early pro and college career. The left side of the back has a cartoon that reads “Joe led Noter Dame to the 1977 National Championship.”

One of the best young signal-callers in pro football, Joe has run the 49ers adeptly during his playing time the past 2 seasons. At Notre Dame he completed 269 passes for 4121 yards and 25 touchdowns. Was All-American

Keep in mind that prices fluctuate. While PSA is a great way to find out the value of a card, we recommend going to eBay to see what cards are currently selling for on the world’s most popular auction site. Click here to view current auctions for the 1981 Topps Joe Montana Rookie card.

The 1981Topps Joe Montana rookie card (#216) card is the only major release card in the hobby that is considered a Joe Montana rookie. However, there is an oddball card from 1981 with a great photo of Joe from 1979 and several other cards that warrant disussion.

The Joe Montana 1981 Holsum Disc (#24) is part of a 32-disc set that was distributed in the Upper Midwest with Holsum or Gardner bread. These discs measure 2 3/4″ (diameter) and are much more rare than Montana’s 1981 Topps rookie. The photo on this card features a floating head of Montana with a fu manchu style moustache. Although the card was issued in 1981, his facial hair dates the photo to shortly after his college career at Notre Dame ended in 1970.

Coral Lee, a retired school teacher from California, gained notoriety as a post card publisher. The series of 28 postcards was released between 1979 and 1983. Some collectors wonder if this is a rookie, but Montana’s first game against the Redskins was October 4, 1981. It’s safe to assume this postcard was released no earlier than 1982 and is not a rookie.

The 1982 Topps Joe Montana (#488) card is the second major-issue Joe Montana card. This card says “NFC All Pro” on the top denoting Montana being named the NFC’s best quarterback for the 1981 season. The photo shows Joe Montana the phone, presumably with his quarterback coach Sam Wyche.

The 1982 Topps set includes a 1981 NFL Passing Leaders card that has Ken Anderson and Joe Montana. This card says 1981 on the front because it honoring the league leaders from the previous season, but it’s a card from the 1982 Topps set.

In 1982 Fleer issued an 88-card set that featured teams and highlight instead of individuals. The set contained two 49ers cards one of which features Joe Montana. This isn’t a rookie, but it is a unique early card with Joe Montana that can be found at a low price compared to his Topps cards. There is also a Pro Bowl card in this set (#73) that has Joe Montana.

Joe Montana was the quarterback of the 1980s San Francisco 49ers dynasty and is considered one of the greatest quarterbacks of all time. He was tied with Terry Bradshaw for the most Super Bowl wins as a quarterback before Tom Brady surpassed them in 2017. In addition to Montana’s Super Bowl rings, he was also a multiple time Pro Bowler, All-Pro, NFL MVP, and passing leader. He and Jerry Rice formed one of the most dynamic quarterback/wide receiver combos to every play in the NFL. After his playing career in San Francisco Montana also found success with the Kansas City Chiefs and led them to the AFC Championship game in 1993. After his playing career he visible through his many endorsement deals. Here’s a few of Joe Montana’s career accomplishments:

Get a Joe Montana Rookie for Your Collection

Do you want to own a 1981 Topps Joe Montana Rookie (#216)? If so, we recommend starting your search on eBay – the world’s #1 card trading place. Even if you’re not planning to buy one just yet, it’s fun to look at all the great cards currently for sale.

Amazon.com is the world largest ecommerce market place. They have Joe Montana books, memorabilia, and so much more. See what you can find today.

The links above are Amazon affiliate links. As an Amazon Associate I earn from qualifying purchases.

All About Joe Montana Rookies Infographic

See our web story, Learn All About the Joe Montana Rookie 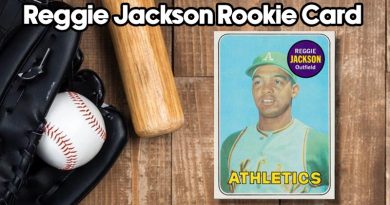